Here at LMS we have a passion for Land Rovers and the preservation of them. We try to save the future classics, as many are being sent to the dreaded crusher or to be broken up and sold on as spare parts. Below are some of the vehicles we've saved to date and some that we have saved and rehomed to enthusiasts like ourselves. 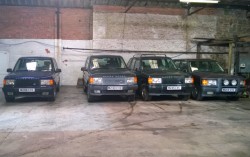 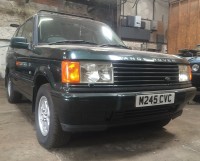 It all started here for us, with the saving of this p38. It was an unloved 4.0l manual which we saved from Swansea in August 2012 after seeing it advertised on eBay. There was a point at which we thought we had lost it, after being the highest bidder, it took nearly two weeks to get an email back from its owner. We had all most given up hope, when finally I received an email saying that we could collect her.

So what makes this one worth saving? Well the p38 was launched back in September 1994, this was one of the pre-production prototypes and also formed part of the press fleet which where mostly registered in the sequence  M2--CVC. Unfortunately, we have been unable to find any of her press features like we have with some of our other vehicles.

M245CVC was a running project at the time, however, it became quite apparent that she had several issues. The first being coolant problems which we found to be a head gasket fault. This had been left so long that when we found the problem it was because the radiator had blown apart. We did a full top end rebuild followed by a new radiator, water pump and thermostat. The second one being a noise from the front, unfortunately it turned out to be the front diff, which we replaced. After many hours of work, she was finally ready for the road.

M245CVC was sold in May 2015 to another enthusiast who is continuing the work we had started to bring her back to her former glory. 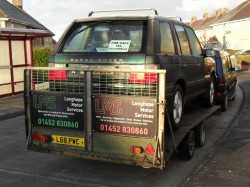 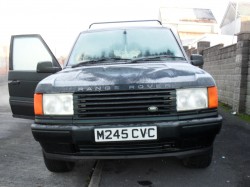 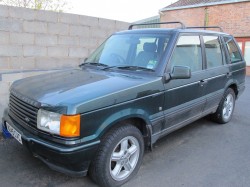 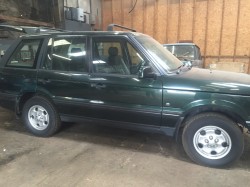 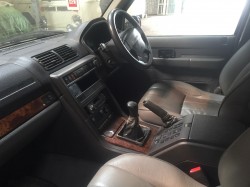 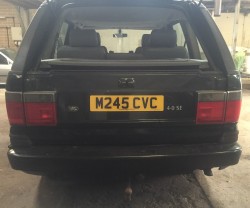 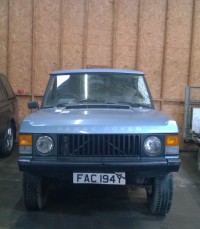 The second Land Rover to be saved by us was this Range Rover Classic 3.5l 3speed automatic, another hidden treasure found on eBay.
This one presented us with a nice little drive to Norfolk in the snow in January 2013. We saved this one because it was originally a factory owned vehicle that was used as a press car for the launch of the 4door in-vogue and to show of their new 3speed automatic gearbox.
This vehicle is currently in storage with us awaiting a full restoration to bring it back to its former glory. This is a key vehicle in our collection because of its history. 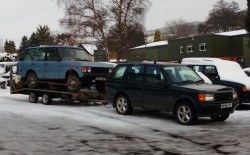 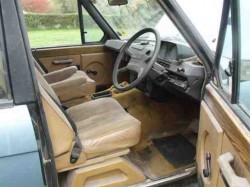 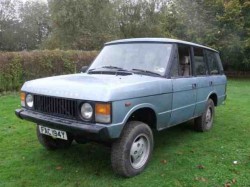 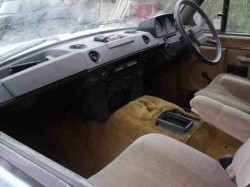 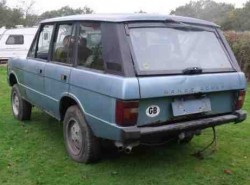